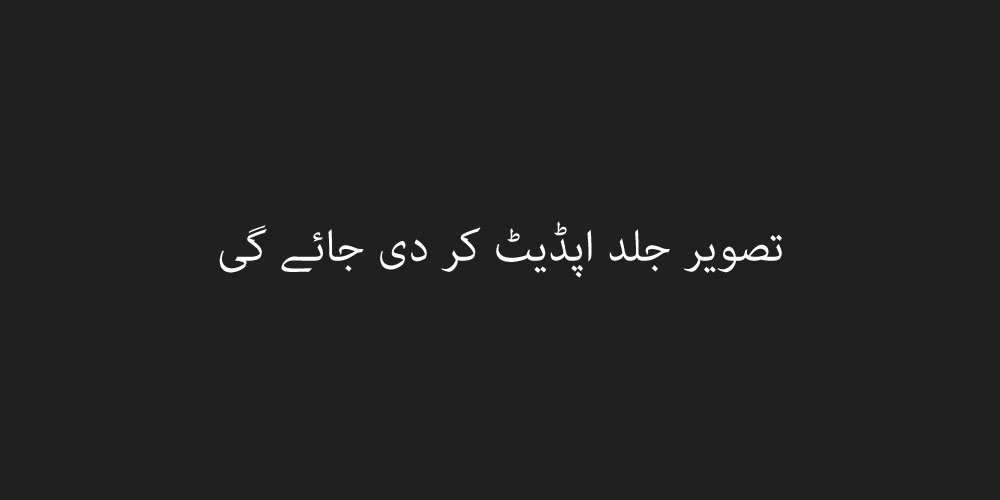 Manto’s
“Naya Qanoon – Mangu Ustad” and Pakistan
Suddenly the Naya Qanoon, short story of Saadat Hassan
Manto, was recalled in my mind, after being humiliated on Lahore Cantonment
Railway station, on last Monday,  that
day, wearing casual shorts and tea shirt, I was sitting near the platform, the
opposite side of the station building, as it’s routine in that locality, where
I live, that we, the people normally sit there, even we do with our families
too, but that day and the law enforcing style of railway authorities both were
entirely new for me, when an officer, wearing informal dress started shouting “maula
jutt style” on me, in a from the opposite side of track, asking to come to
that side, I was just shocked, what happened I asked, asked why “you are
shouting (like Don); I was cutting my nails, so thought, might be, he
wanted me not to do so on traveling site, as normally in our society, people
thinks, cutting nails while traveling is evil star ……
….. I asked him politely what happened bhai, can you
please explain, but it’s was all my “ khush fahmi” and innocent nature
like “ Mangu Ustad” that a new law “ of newly democracy” have been
implemented, that no victimization and humiliation will be done in new changed
state, forgot reality that it it would be only transformed gradually, but not
in a single day; such innocent thoughts was only due to my emotional nature,
which influenced me to think like “ Mangu Ustad”
Still, he was shouting, due to my delay to obey, started
using abusive language, so I started loosing my temperament and patience, asked
him loudly what happened and “why you are shouting this way”, suddenly he
ordered, in a style of East India Company officer, to his subordinate to
bring me to other side; it’s point to be noticed, that still it was unclear for
me what was going to happen, his subordinate came and continued humiliation, I
tried to get his explanation and interpretation, why should go with them and
what’s the matter, but he could not explain, just asking to obey his boss of “
East India Company”, he started dragging me through my shirt, so I got it,
that situation going to be more worse, tried to make call someone for help, but
he snatched my phone set, as per sudden order of his boss, still the whole
scenario was ambiguous and unclear, why I was behaved like this and what my
mistake, might be this was due to my “Mangu Ustad”, style of thinking,
they both continued humiliating me, so my voice became loud, as the pressure
cooker had been burst (jab shahr ke log na rasta dain dewanon sin a baat
karain, tu aur karay phir dewana kia) and their other staff personnel came
out of the offices and started humiliation the same way, without asking, what
happened, whole scene was like a street quarrel where only a single opponent
was under attack, all officers of “ East India Company” rushed to me,
shouting, “ don’t let him go” I suddenly imagine that I am just that train
passenger, who traveled, several times, with tickets and became a main cause
damage to their vested financial interests…
…. all officers, while raising punches, while fastening my
shirt, started dragging me on railway tracks, and finally dumped to the
attached police station, while dragging they even tried make me naked,
publicly, but Got saved me from such wrenching insult, thanked to God…
In Police station, the officer, not looking like Policeman,
as wearing informal dress, started investigating me, in the same tone, which
was used by Railway “ East India Company” officers; again I tried “
being under Mangu Ustad’s influence” to ask what happening, why it is
being done; he too could not explain or might be due to misbelieve on
“implementation of Naya Qanoon” was not ready to conceive, that police
officer was also blaming me without listening my story, and started writing
report …
Thanked to Railway minister, as being his fan, called him
and he attended my call, this also could not be fruitful, because still “East
India Company” was annoyed on me and could not be convinced even after
giving emotional speech , while crying, on phone to Khawaja sb.,..
Finally, asked them they should shoot me now, because after
having such humiliated dose, I would not be in normal sense and obviously would
take some serious legal action as an educated person, still they continued the
same attitude, enforcing me to think that I am a terrorist and in FATA or
Afghanistan and even might be suicide bomber, thanked to my friends in Police,
whose call saved me from imprisonment & I was released, now after two days
of this incident, the wound on my feet (as feet injured, while they dragged me)
healed but the wounds on heart are still there …

This was the story of me, having links, got released, but
here & there everyone knows happening with many people on daily basis, even
and might be few of them cannot afford such humiliation and wounds on hurt due
to loosing self esteem and might be committing suicide or killing someone and
becoming criminals “in legal terminology”, so my stand against those
responsible, is really justified and necessary, as poet says’
“ Qateel ho ke maen apnay qatlon se larra
….Ke meray baad meray doston ki bari thee”
I want to share with my readers, that when I came back to
Pakistan, from Dubai, was very happy to know that going to live near railway
station, as this was my dream of life to always listening the romantic bell of
the train but after this incident, that romantic bell remembering some novel,
now sounds like terrible resonance of horror movies
I was really happy, that got a mosque which, unlike mosques
in Dubai & even in my home town, remains opened all the time, due to
located near railway station, where I used to go prayers and mostly alone busy talking
God,,, after getting humiliated shyness to cross the railway tracks for going
to mosque, it like a terrible dream
The old damaged railway bogies, dumped on tracks, for which
I have been worried for years always planning myself that how it could be
possible to bring them again to running condition, now these looks like shelters
for torture cells of (Lyari) railway gang..
But, being the follower of Manto, Faez, Habib Jalib, Ashfaq
Ahmed, Ghalib, Gulzar, Faraz will be again starting living in the world of
dreams & to be again “ Mangu Ustad” & againg recalling, while
listening train bell, the romantic scene of Pakeezah’
“Ma’af kijye ga itfaqan aap ke compartment maen chala aya
thaa, aap ke paon dekhay both haseen haen, inhain zameen per matt utariye ga,
maelay ho jaen
gay, aap ka ek hamsafar”
and again enjoying song “ Chaltay chaltay, yunhi koi mil gaya tha”
Finally will be successful to transform our system from
security state to welfare state, I believe, it will definetly happen; after
getting released from police station, obeying to the order of God, as given in
Quran, I really forgave all responsible, but just for sake of contributing to
efforts / struggles for becoming more prosperous, democratic and good nation
wrote this article and put the same pray to God too for granting us guidance
and strength for making our country the best in the world, so that the innocent
beliefs of each “ Mangu Kauchwan” of our nation should not be damaged
and the “ Naya Qanoon” can be implemented with it’s real spirit
Jawad Raza
Engineering Graduate, UET Lahore
Location: Lahore
0322-4061851
0331-4264015

This site uses Akismet to reduce spam. Learn how your comment data is processed.